The anti-awkward guide to tipping around the world

In some parts of the world, tipping is so ingrained that not leaving one would be considered rude. While in other places, it’s a complete no-no. Prevent the etiquette blunder and get the most of your travel budget with these helpful tips on tipping.

Wherever you go on holiday, here’s how to get it right.

How to tip in the USA

Tipping is pretty much compulsory in the USA – if you don’t, you may find yourself chased down the street by a waiter (staff are paid at a lower rate with the expectation of salaries being topped up with gratuities). When eating out, 20% is the standard tipping amount; bartenders will expect a dollar per drink if you’re served at the bar. At hotels, budget for a dollar or two per bag that the porter carries, a dollar if the bellboy gets you a cab, and around $5 per night for housekeeping. Tips for taxi drivers are also expected. You can’t really go wrong if you aim for the usual 20%.

How to tip in Spain and Portugal

The Spanish and Portuguese aren’t big tippers but the more tourist-friendly the establishment, the more likely the staff is to expect it. Service is rarely included in the bill – if you spot something marked IVA, this is tax, not a tip. A few euros is enough in cafés and relaxed eateries. At high-end places, tipping 10% is fair reward. In bars, it won’t hurt to leave the change, especially if it’s somewhere with table service or where you’ve enjoyed free bar snacks. There’s no expectation of tipping anywhere else, except a couple of euros for porterage or room service.

How to tip in Italy

When in Rome, you could do as Americans do. The Italians are easy-going when it comes to tipping – two thirds of them don’t at all, even in restaurants – but Stateside habits are rubbing off in the capital, as well as Florence and Venice. Anything marked ‘servizio’ is service (usually up to 10%) and there’s no need to tip on top. Leave a few euros on the table to be seen as generous if you like. At hotels, a couple of euros for the bellboy is all you’ll need. Rounding up the bill might be expected for taxi fares, but only to the nearest euro.

How to tip in France

In France, tipping isn’t compulsory – just leave the coins on the tray used to bring your bill if you want to. If you don’t need change, say ‘gardez la monnaie’ when you hand it over. ‘Service compris’ on the bill means tip included. However, most French people tip a little on top of this in cash if they’re happy with the service. Bars will usually include service in the same way as restaurants if you’re getting table service. Porterage and room service will expect a few euros, while most taxi drivers may expect you to round up or add a few extra euros to the fare.

How to tip in the Netherlands

For the Dutch, tipping is used to reward good service rather than as a base level of payment. The bill at most restaurants will usually include a 5% service charge but you could add another 5% if you felt that way inclined. In cafés, look for a ‘fooienpot’ – fooi means tip – on the counter for extra change. It’s not standard practice to tip in bars, unless you’re getting table service. At your hotel, a few coins for the member of staff who carries your bags is usually more than enough. Getting a cab? No need to tip but rounding up the bill will be much appreciated.

How to tip in Hong Kong

Although tipping isn’t common practice for Hong Kong locals, those who work with Western tourists have come to appreciate tips. Always tip tour guides as this is expected but making a big deal of tipping can be seen as rude, so just quietly offer cash with a smile and a thank you. Most restaurants will add a 10% service charge. Leave a few dollars more in cash as it’s the only way to make sure your server – rather than the establishment – will get it. For porters and hotel staff, consider HK$20 ($3 CAD). Drivers don’t expect tips per se, but it’s expected that you leave any loose change behind.

How to tip in Japan

47% of Canadian travellers have reported that they plan to be more adventurous in their travel choice once they retire. Japan has risen greatly since the announcement of the country’s Olympics hosting, so we expect many Canadians, retired or not, will be planning to visit and will definitely want to know how to be a polite tipper. On the whole, tipping is not customary in Japan. In certain circumstances, it can even be considered rude or insulting. The view is that you are already paying for a good service, so why would you pay more? There are certain ways to hand over tips at high-end ryokans or for tourist experiences (often left in an envelope) but to avoid awkwardness and to show respect, it’s safer just to avoid tipping altogether.

Tipping: what not to do under any circumstances

Finally, you know that thing they do in movies and on TV, where money is discreetly passed from one person to another under the cover of a handshake? Don’t do that. It may look smooth but it’s nearly impossible to pull off and usually ends in awkwardness; in fact, it’s something of a pet hate for waiters, valets and hotel staff. Just hand over the money with a smile and a thank you. Simple.

What are some of your tips? Leave them in the comments below! 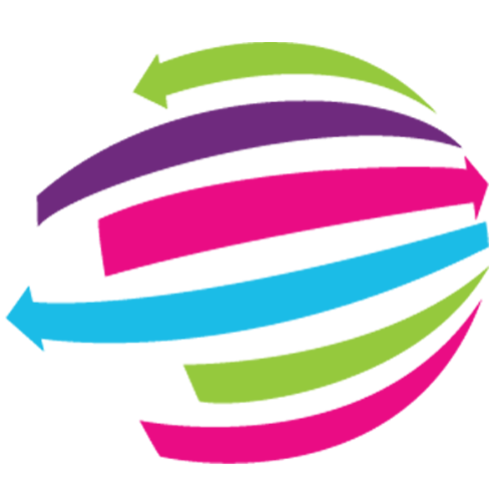